Bundle #053 with HeadPLUS & Pan PRO for DSLRs
Compare & Bundle Compare different motorized setups and find the one that is best suited to your needs. START
HeadPLUS
NEW Authentic features for next-level camera positioning
One-Hand Operation
Positioning the camera angle with one hand has never been simpler. FlexTILT Head v3 has no buttons, locks, or knobs and uses edelkrone’s one-of-a-kind Constant Friction Technology which prevents the joints from losing grip even after countless adjustments - unlike imitation knock-offs on the market.
Easy Height Adjustment
Instantly adjust the height of your camera without the burden of tripod legs. Simply pull, tilt, and get the exact angle you want, maximizing the efficiency of your production. Don't let your tripod limit you!
Let it stand as a stand-alone
Unlike other camera heads, it is effortless to find the center of gravity with FlexTILT Head v3, especially on flat surfaces where it doubles as a stand-alone camera stand. FlexTILT Head v3 is the best assistant a one-man crew could ask for!
The most sought-after camera head is now re-engineered to be more accessible.
Standout capabilities to stand you out
Extended Dolly Shots
Increase your dolly in/out range up to 6.7" (17 cm) while recording a video on any slider by fully extending FlexTILT Head v3.
Precise & smooth panning
Easily achieve precise panoramas with pan marking and lens center shifting.
Low angle, high angle or even instant vertical shots
From filming to photography, nail any angle shot in an instant with FlexTILT Head v3.
Works great with Everything
Attach any mirrorless, DSLR, or compact cinema camera setup up to 5.5 lb (2.5 kg) with peace of mind. FlexTILT Head v3 is also the perfect add-on for edelkrone sliders, dollies, jibs, motorized heads, and camera stands. SliderPLUS v5 (4 models) The first slider in the world that combines portable size with long camera travel. Can be motorized with Slide Module v3.
QUICK VIEW StandONE All-terrain foldable camera stand in your pocket for camera setups up to 15 lb.
QUICK VIEW
#edelkrone on Instagram

Thank you for submitting a review!

Your input is very much appreciated. Share it with your friends so they can enjoy it too!

Always on my tripod ;

Singapore
Hated it but too expensive to ship it back

Absolutely hated it. Too tight and it's hard to articulate the angle. Too loose and my camera falls over.

The FlexTilt Head is very sturdy and can be adjusted for any situation.

It’s extremely useful to use with other products, but also works wonders as a stand alone. A great product for any photographer.

The Flex Tilt Head V3 is a really nice and good quality product - its all the money worth. Super fast and free delivery from Edelkrone.

I really like the solid build and functionality of this product.

The minute you pick up the product you can tell it’s been well thought out and built. Works well on a tripod (ideal for flipping the camera to take portraits) but it’s when it’s attached to my SliderPLUS that it comes into its own. So glad I made the purchase.

Netherlands
want a second one, it's great

Love it, had to adjust it only once. I use it loads. It would like a Big Brother for heavier cameras

It works as expected. For longer lenses you might need to use the included allen wrench to tighten the screws. 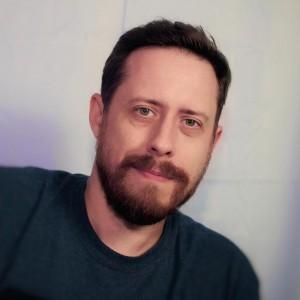 Pretty sturdy, would be nice if it had levers to adjust the tension rather than an Alan key.

Germany
Thanks for the price cut

The price was unrealistic for the gear, however thanks to v3 it is at least in "reasonably expensive" region now. Great built quality, great functionality. Thanks to Edelkrone.

Only used it once. On a monopod. It’s definitely not a replacement for a good compact head. It’s simply a different tool. Using it recently on a monopod as a quasi run n gun setup allowed me to tip the monopod 45 degrees back, and with the same effort, leverage the tilt head to get a steady shots at different heights without having to fiddle with knobs, etc. shooting with a micro four thirds camera and an 85mm lens and managed some pretty stable shots. Also think it will work great on a slider. Especially as I intend to use it with my laowa probe lens pointing DOWN into a fish tank. Really no other solution to get this kind of shot without this flex tilt head.